With 2020 hanging above our heads much the same way that bricks don’t, people start reflecting on what they achieved this year, what went wrong, and how they could improve. We’re no different, but instead of choosing what went well or wrong ourselves, we picked the announcements on our @GoogleWMC Twitter account that users interacted with the most, and decided to reflect on those.

We had launches that you appreciated a lot. For example, we announced at Google I/O that Googlebot is becoming evergreen, meaning that it’s always going to use an up-to-date version of Chromium for rendering. We hope that this will make it easier for developers to create stunning, modern, and snappy JavaScript experiences, by tapping onto the power of over 1000 new features and interfaces that are now supported.

Speaking of robots, together with the original author of the Robots Exclusion Protocol, other search engines, and input from webmasters, we submitted an Internet Draft to the IETF in order to start standardizing the 25-year-old protocol. 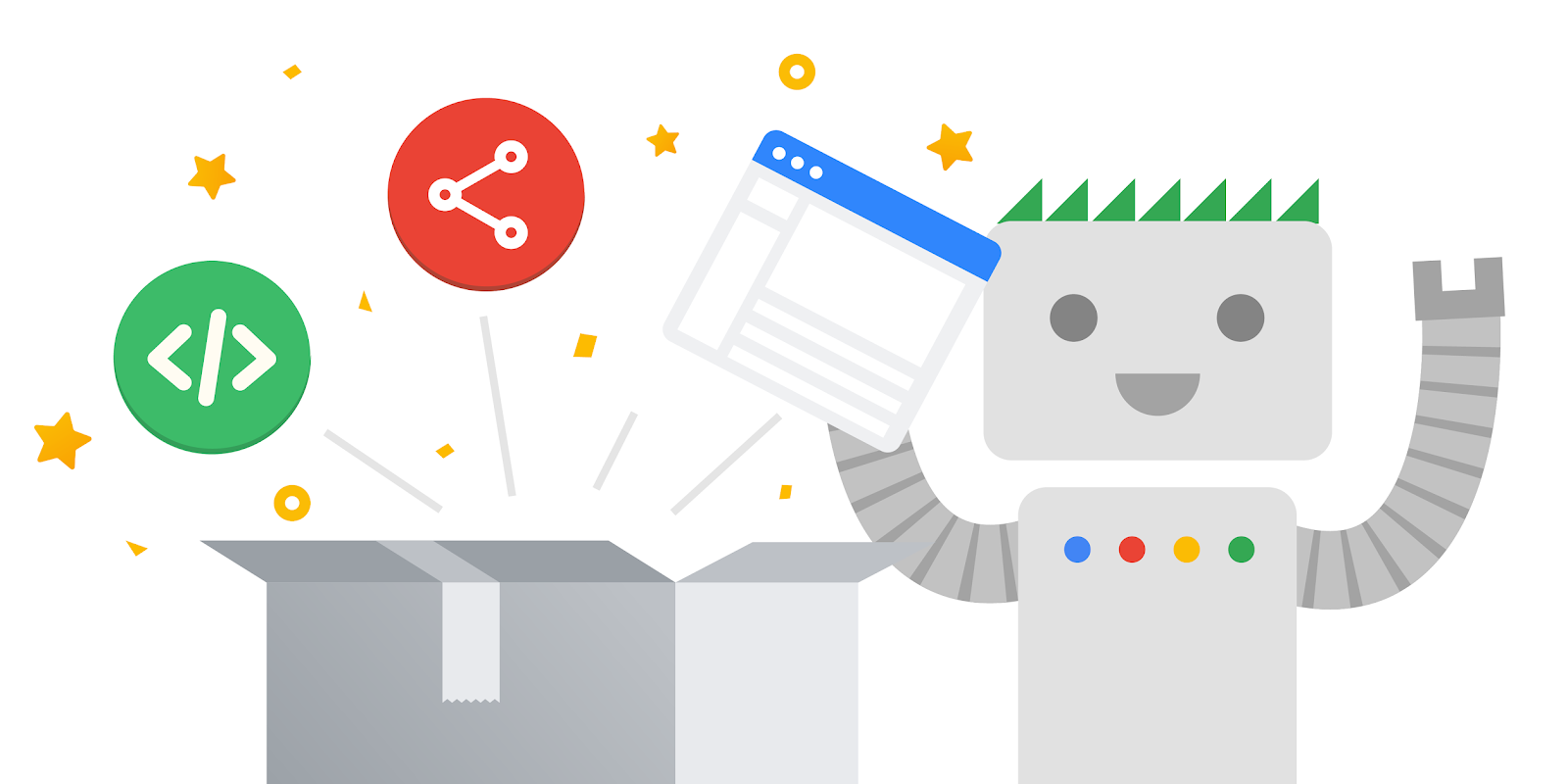 Like Twitter users, we also thought it’s an exciting project which lays down the rules of crawling for good, although it doesn’t change anything for most.

But we haven’t stopped there with touching ancient protocols: we also rethought how we need to treat “nofollow” links to keep up with the evolution of the web. It was an announcement that seemed to be welcomed by most Twitter users, and for a good reason: having a “hint” model for rel=”nofollow” may help us reward those who create high quality content more, by serving even better results to our users.

One of the most tweeted  – and also most humbling – moments this year was when we lost a part of our index, which caused Search Console to misbehave, and also had rendering failures roughly the same time. Since Google Search works like a well oiled machine most of the time, we didn’t have processes to quickly communicate issues to those who should know about them: webmasters. Lacking a proper process and channel to communicate these issues was a mistake and we are still working hard to rectify it, however one thing is clear: we need to do more on the critical communication side of things.

We do like to communicate, in general: we shoot videos, we go to conferences, big and small, where we reach thousands of webmasters and SEOs, and in 2019 we extended our reach with the Webmaster Conference, which landed in 35 locations around the world in 12 languages. Not to mention the weather reports on our YouTube channel.

We hope you had a fantastic year and the new year will bring you even more success. If you need help with the latter, you can follow our blogs, @googlewmc on Twitter, or you could join us at a Webmaster Conference near you!