First – a preface. The following post is a bit of a rant, and it’s mostly directed at me. Mea culpa here. We at CMI are self-described evangelists of the approach and philosophy of content marketing. We care. And I quite frankly have built a career about getting it right. When others don’t, that responsibility lies squarely upon our shoulders.

The irony is obvious. It’s not that they don’t get it. It’s that we haven’t made them care about getting it. In other words – it’s our story – but we haven’t told it as well as we could.

Now that said … this one is irksome.

On Monday, Ad Age, the 90-year-old magazine covering marketing, advertising, and media released the finalists for its Ad Age A-List and Creativity Awards. They open by saying:

It’s the moment the industry has been waiting for: the Ad Age A-List & Creativity Awards finalists. These awards honor the forward-thinking leaders, top agencies and creative innovators in the industry today. The Agency and Production Company A-Lists are handpicked by the Ad Age editorial staff, who comb through hundreds of submissions. The Creativity Awards are chosen by esteemed juries led by Ad Age.

Right at the top of the Creativity Awards list are this year’s finalists in the category of … wait for it … content marketing.

To be very clear – the work for each of these entries is stellar. Top notch. And we’ll come back to that.

Now, CMI has its own awards – the Content Marketing Awards. As such, we’re aware that submissions sometimes don’t really comport with the category description. So, in many cases, you “get what you get” and must award a winner that’s not really representing the best in that category.

With that conundrum in mind, I went back to the Ad Age nomination form for the content marketing category. Here’s what it says:

This category recognizes creative uses of storytelling on any number of platforms – such as long-form films, branded content and native advertising on publishing sites. While today, many would consider traditional ads like spots or print ads to be ‘content,’ work that will win in this category represents the sort of storytelling you would not expect to find within a traditional ad buy.

This is where I take issue.

Again, mea culpa here. For the last 10 years, we at CMI have laid claim to helping establish much of the standard approach to a specific approach and philosophy. It’s entirely possible that we haven’t been clear enough.

However, if I was a brand, a media company, a consulting firm, or an advertising agency and saw this description, I never would have submitted entries for my owned media property, audience building, or original content program for consideration in the content marketing category to Ad Age.

The first sentence of the category description is the giveaway. Oxford comma notwithstanding (and I’m an admitted fan), it basically says that content marketing is content distributed through a paid model and published on somebody else’s site.

In other words, in Ad Age’s category definition, content marketing is … again wait for it … advertising – only, you know, with more storytelling.

Now, if Ad Age wanted to feature those “sexy” consumer-facing brands that do cool stuff – they could have looked to any number of interesting content marketing efforts going on.

It’s only worth leading if it matters

We’ve often said at CMI that, ultimately, we don’t really care if content marketing is treated as a separate practice or if it represents a good, modern marketing approach. We just believe, sincerely, that you should do it well.

However, if you are defining it as a distinct category to which someone can submit award-worthy, industry-leading work (and, as you might guess, we’re fans of that), then it really matters how you define it.

After more than 250 enterprise client consulting engagements, workshops, and the last decade of Content Marketing World, I’ve learned that the biggest reason content marketing fails in business is because operating and measuring the approach is misunderstood.

Now, candidly, the failure to understand operations and measurement is probably the reason that most marketing programs fail. Content marketing isn’t any different in that regard from direct marketing, email marketing, account-based marketing, or even digital marketing.

But when a magazine with the reach and influence of Ad Age describes award-worthy content marketing as “long-form films, branded content and native advertising” and the “sort of storytelling you wouldn’t expect to find within a traditional ad buy,” well, it just immediately sets the practice back a step.

It feels as though Ad Age was just looking for a catch-all category for some of the more creative ad campaigns, and with content marketing being a buzzword, it threw a few more finalists from other categories into the mix. It’s as if they just willfully said “owned media isn’t really our thing – so it doesn’t matter what we call it. Let’s just create a category where we can throw some cool creative stuff.”

And – to be clear again – this inaccurate categorization does the finalists in Ad Age’s awards program a disservice as well. The three finalists ARE representative of amazing work – just not content marketing:

We regularly feature our Content Marketing Award winners each year – and will do so again in 2020. In 2019, dozens of amazing efforts came from ad agencies, publishers, consultancies, and even the brands themselves: 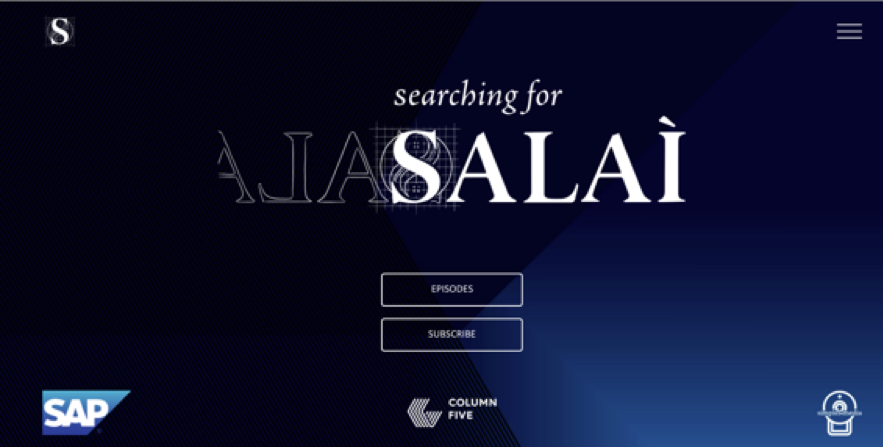 I know the folks at Ad Age are facing a transforming and changing landscape. We all are. I know from firsthand experience they are talented, smart, and extraordinarily passionate about the space of marketing, advertising, and creative media.

But in a world where the next great, creative, award-worthy marketing is coming from brands launching their own media platforms and the media companies, agencies, and consultancies helping them, the age of ads is changing.